Saying boo to a goose ... is a vile, life-threatening hate crime 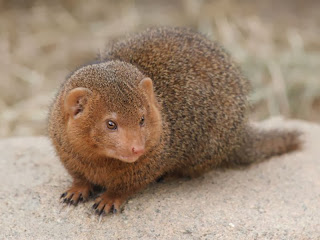 I am always wary of drawing conclusions from the news reports of criminal prosecutions.  Newspapers have agendas and journalists are often lazy or cowardly, but you can't always be present yourself in the court to hear the whole story, so in general you have to depend on the news media.

Taken at face value, then, this case merits attention.

Ignoring the Mail's hyperbolic and numerically misleading headline, the meat of the case is that


Seven Charlton fans who chanted songs that 'glorify and idolise' the murderer of Stephen Lawrence have been jailed and banned from football for a total of 52 years.

The supporters, who had been at an FA Cup match against Fulham on January 7 last year were jailed for their abusive behaviour on a train from Putney to Waterloo.

The men, aged between 22 and 31, were convicted of causing racially aggravated fear of violence after witnesses complained of sexual and racially motivated abuse.


British Transport Police said the group chanted in support of Gary Dobson, three days after he was convicted of murdering Stephen Lawrence

Speaking after the sentencing at Blackfriars Crown Court, Baljit Ubhey, CPS London Chief Crown Prosecutor, said: 'These men were singing and chanting racist abuse in praise of the convicted murderers of Stephen Lawrence. To glorify and idolise these men was disturbing and upsetting.

And what was this intimidatory racist abuse that put other passengers in fear of their lives?  Was it perhaps,


"Stephen Lawrence was a dirty nigger and deserved to die. And we're going to kill any coon on this train who says different."

followed up (crucially) by getting up and physically assaulting any Blacks who had the misfortune to be present, which behaviour might indeed justifiably have attracted custodial sanction.

Or did they, as local rumour suggests, simply sit there and chant,


"There's only one Gary Dobson."

which is just rather uncouth and might reasonably attract an informal ticking off from the authorities, urging the fans to greater discretion and "sensitivity", or at most, absent the racial element, a section 5 public order offence and a small fine.

And "absent the racial element" is significant here.  It is difficult to avoid the reading that these men were being made an example of.  To put it brutally, "to teach Whitey to know his place".  For much of the last 40 years, legislation and public policy have been directed towards suppressing a barely-contained White mob eternally on the point of rising up to exterminate the Black and Brown invader.  Either that or to make jolly hurtful allusions to a fancied similarity of  "yer Darkies" to monkeys and to exclude them from joining the local Working Men's Club.

OK, I'm being facetious and sarcastic.  It would be ridiculous to suggest that White hostility to and violence against Black and Brown immigrants has not occurred in the 65 years since the symbolic docking of the Windrush at Tilbury, not that Browns and Blacks have not retaliated in kind.  It would be equally foolish, however, to suggest that the levels of mutual intolerance are permanently at fever pitch, necessitating recourse to desperate measures to contain them.  Such is, frankly, the thinking of ignorant blinkered Righteous White liberals and opportunist Black victimists.  The ordinary geezer on the Woolwich omnibus has a more nuanced view.  We remain perfectly civil to Nigerians, even after the provocation of the Lee Rigby atrocity, but we still think rather too many of them are crooked cunts you wouldn't trust any further than you could throw a full-grown African bull elephant.  Crude as it sounds, that is pragmatic and realistic race relations, as practised by the plebs who actually have to deal with it in the real world.

I think if there is a serious point to be made about the reporting by the Mail, and indeed other media, of the trial of the Charlton Seven, it is this:  I am willing to believe that there is more to this than meets the eye.  If the behaviour of the Charlton fans did extend to more than a bit of unsavoury chanting, to an extent that actually does justify banging these lads up, then this needs to be made explicit.  Otherwise the whole process looks like Whitey-bashing in the name of Saint Stephen, the eventual reaction to which will indeed be the unleashing of the White mob of your imagination.  Have a care.

.
At the bottom of the Mail piece we find,


Sorry we are unable to accept comments for legal reasons.

What legal reasons might those be?  The usual, and perfectly sensible reason for closing down reader comments is the danger of comments slipping through that might breach the sub judice restrictions protecting a case being tried.  The present case is done, sentenced and dusted.  Shurely shome mishtake here. Answers on a postcard, please.

In the context of the above post, I feel morally obliged to add the following:

On the Saturdays when Charlton is playing at home, large groups of fans can be seen travelling on Greenwich line trains to and from the Valley.  Addicks fans are, by and large, pussycats who wouldn't say "boo" to a cheezburger, never mind a goose, and these threatening crowds consist of grandads, mums and dads often with preteen sprogs in tow, quietly minding their own business in what must seem to the unfamiliar observer a thoroughly intimidatory manner.

Recently arrived Africans, of which there is a steady flow round here, who have not encountered this phenomenon before, can often be seen huddled in frightened groups on station platforms, looking jolly nervous.

I have to admit, to my shame, that I find all this quite amusing.

Alright, ossifer, no need for the cuffs; I'll come quietly.

Tongue? Yeuch! I'm not eating that - it's been in something's mouth!

... he whined piteously, the while sprinkling more salt onto his hard-boiled egg.

adding in the standfirst,


Nearly 200 Muslim prisoners are suing the Government after being served halal food contaminated with pork, claiming their human rights were breached.

Nonetheless the Sons of Allah are not best pleased and want retribution or, failing that, compo.  Don't worry lads, Allah is merciful.  You were misled and ate the flesh of the pig unknowingly.  Allah will not punish you.  As an undevout kaffir I know this to be true because  ... well because I looked it up on the Internet, innit?

Lighten up, bruvs.  As an infidel, I am frequently offered halal food without its nature being identified to me.  After all, infidels will eat any old shit, won't they?

Well, not really. Not as such, squire. Personally I prefer not to eat meat slaughtered according to halal practice. Not just because of the supposed cruelty of the method, which is indeed specious and unnecessary, but as much because it is culturally alien and untrustworthy.

I appreciate that I am just an English scumbag who doesn't really exist, but I do have my own culture and traditional standards too, tha knows.

Yes, I am aware that there is much to criticize in the actual implementation of our secular meat slaughtering industry; we are very far from routinely granting the sudden, unexpected death free of fear and stress which we owe to the animals we rear to kill and eat.  But I'm sorry: some bearded wog mumbling a ritual prayer, nominally in the hearing of the still-conscious, terrified animal, and then slitting its throat.  I wonder what that does to the adrenalin levels and the taste and quality of the meat, apart from any other consideration.  And I wonder what other incidental devilry the bearded wog is capable of with his seventh-century worldview and his contemptuous disdain for Western food hygiene standards.

No thanks. I'd sooner have my meat slaughtered and cut by the unwilling and indifferent Wayne from Slatterthwaite who will at the very least follow the rules — our rules — even if only to avoid being given the push.

I wonder what dietary options imprisoned alien criminals in Muslim countries are offered.


London's buses: the problem of overcrowding is only going to get worse

London's iconic red buses rack up an incredible 6m passenger journeys every day, but with the population expected to hit 9.3 billion by 2022, overcrowding is becoming the norm for London's hard-pressed bus commuters.

Does Val Shawcross know something the rest of us don't?  I think we're going to need more than a few extra buses.

That's the way to do it

I've never heard of this site before (via). It's a newsfeed for Australians living in the UK, the vast majority on working holiday visas I expect — before anybody draws any snide comparisons.

Rather like the trashy and juvenile TNT and the long-gone Australasian Express, which last I used to seek out in the late 1970s just for the Bruce the Wombat cartoon strip.  Bruce was the bogan's bogan, timidly assisted by his mate, Kevin the Echidna in his tinnie-fuelled rampages through the underside of 1970s London.

I can offer no comment on the reliability of this Australian Times thingy, but this item is a lulu

The collapse in the trade, following the introduction of Australia’s policy of sending asylum seekers to Papua New Guinea and Nauru, has prompted some of those involved to consider abandoning the business altogether and seek resettlement.


So let's see if I've got this right  Desperate asylum seekers from the Middle East and South Asia, fleeing dreadful mortal persecution in their homelands, are turning down the asylum that Australia graciously and humanely offers them, because what's now on offer is safe but economically unprofitable accommodation in conditions slightly better than those they have left behind — but safe conditions nonetheless — rather than the largely fictitious first-world Eldorado of imaginary wealth that they had hoped for.